Spain ranked seventeenth this year in the Energy Transition Index report by the World Economic Forum. In addition, it overcame countries such as Germany, EEUU, Belgium, or Canada. On the other hand, the first positions in the ranking were occupied by the Nordic countries (Sweden, Norway, and Denmark).

The WEF report benchmarked 115 countries on the performance of their energy systems in the last 10 years. For this purpose, they considerer the three dimensions of the Energy Triangle:

Thus, it seems Spain is starting to recover the lead it lost in 2011 regarding the investment in the energy transition.

What policies is Spain applying regarding energy transition?

Currently, Spanish policies regarding energy transition follow the objectives established by the European Union and the Paris Agreement. The purpose of both instruments is to fight climate change.

What is the current legal framework regarding energy transition?

Regarding the Spanish energy balance, in 2018 the energy consumption increased by 2.5% following a period of economic growth. Furthermore, fossil fuel products made for the largest part of all consumption (51%). Renewable energies only represented 7% of the total consumption.

It is worth mentioning that 83% of the energy Spain consumes comes from abroad. Thus, energy imports cause a significant impact on the Spanish balance of trade. Indeed, in 2018 it cost 74,3% of the total balance and 2.2% of GDP.

How much is the Spanish government investing in the energy transition?

Official sources announced Spain will invest 40,29% of their recovery funds (Plan de Recuperación Plan de Recuperación Transformación y Resiliencia) on sustainability. The total amount will be 28,000 million and it will tackle climate change mitigation and adaptation, and decarbonization.

What are the challenges for Spain to achieve carbon neutrality?

Since 2019, Spain has made progress to reduce its carbon footprint. Nevertheless, still needs to address some critical sectors making a significant impact on carbon emissions. That is the case for municipal waste management.

The waste management sector was responsible for 4.3% of total emissions in 2020. Besides, 80% came from landfills.

For that reason, it is important to implement waste-to-energy systems like REVALUO.

REVALUO is our low-carbon solution to landfilling, plastic waste, and sewage waters. It reduces 85 – 90% of the amount of waste in landfills and transforms it into different forms of energy. Electric power, syngas, and bunker fuel are just some of the options.

Find out more information about our technology and results. 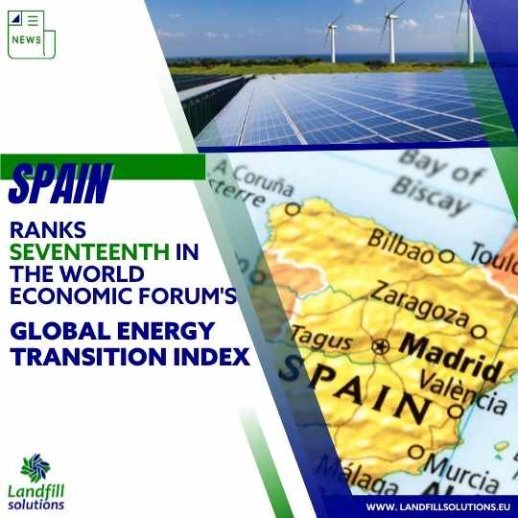