Municipal waste management is responsable for 4.6% of greenhouse gas emissions in Spain

Municipal waste management is responsible for 4.6% of greenhouse gas (GHG) emissions in Spain, they stated during the webinar #NoTimeToWaste – Reflections on the new Waste Law in Spain. During the sessions, the organization La Alianza Residuo Cero, together with the European Environmental Bureau and Zero Waste Europe debated on the situation of waste management in Spain.

The entities organized the debate on the occasion of the new Waste Law. This law will be part of the legal instruments to comply with the EU’s new waste objectives. Specifically, with the European Directives on Circular Economy and Single Use Plastics.

The situation of waste management in Spain is, in the words of the speakers, “alarming”. They also urge the Spanish government to take advantage of the current situation provided by the transposition of this law to European regulations in order to enforce new measures.

The situation of waste management in Spain

The situation of waste management in Spain has been challenging for years. According to the EU’s Environmental Implementation Review 2019 for Spain, “the country is not taking full advantage of the opportunities to prevent and recycle waste”. Furthermore, in the Early Warning Report 2018, they cited Spain as one of the countries at risk of failing to meet the EU 2020 target.

In January this year, the Ministry for Ecological Transition and the Demographic Challenge published the latest data on municipal waste management (2018). According to it, Spain generated 22.26 million tonnes of waste:

Lack of implementation of the selective waste collection

As pointed out by the organizations, municipalities send mixed waste to mechanical biological treatment facilities (MBT). In these facilities, most of the waste goes to landfills. The sector only recycles waste that comes from the selective collection. That is to say, recycling depends greatly on households. However, most of the waste the sector collects is not separated.

As Francisco Peula, from Rethinking.ong, stated: “With the current model and the yellow container, it will not be possible to meet the recovery targets for plastic bottles in 2027 and 2029. As of today, at the MBT plant in Granada, more than 85% of the containers we recover still come from the gray container.”

During the debate, the group also addressed landfilling and incineration methods. It should be said, that in 2019, waste management in Spain produced almost 15 million tonnes of CO2 equivalent.

Thus, at the second table of the debate, Silvia Frucella explained how incineration affected the neighbors near the Sant Adrià de Besòs incinerator. It was that reason why they decided to create the Aire net platform: “In 2017 the dioxin immission values near the incinerator were very high and at the same time, there started to be evidence that the neighborhood near the Sant Adrià de Besôs incinerator was three times more likely to suffer from cancer than the rest of Barcelona”. Aire net is a neighborhood platform against waste incineration.

The main conclusion was that Spain is far from complying with the European directive on waste management. These objectives are binding. Therefore, non-compliance would imply serious fines for Spain. It is important to mention that in 2035 the percentage of landfilling should not exceed 10%.

Likewise, Carlos Arribas, from Ecologistas en Acción, showed his concern: “the stagnation is worrying since the 2019 data are similar to 2018 and we don’t observe any progress, but quite the opposite. And given that we do not observe any legislative changes or disruptive practices in the sector, it is more than likely that Spain will miss the target in 2020 (…). Moreover, unfortunately, there are no signs of improvement, as 2018 results were worse than 2017.”

The future of waste management in Spain: main demands.

Given the circumstances, the convening organizations demanded the adoption of urgent measures. Among them, they considered it relevant to encourage prevention and reuse for glass and plastic bottles, textile and others. They also called for the efficient selective collection of organic matter and the cessation of incineration. Two elements were also highlighted: public awareness and political commitment.

At LandfillSolutions we are committed to a landfill-free future and a clean and circular approach to waste management. For that purpose, we have developed REVALUO, our low-carbon waste management, and recovery system. Our system recovers 80-95% of waste and transforms it into a myriad of value-added products. All of this with minimal emissions. Less than 4g/h of CO2 per tonne of waste.

Learn more about our waste treatments and products. 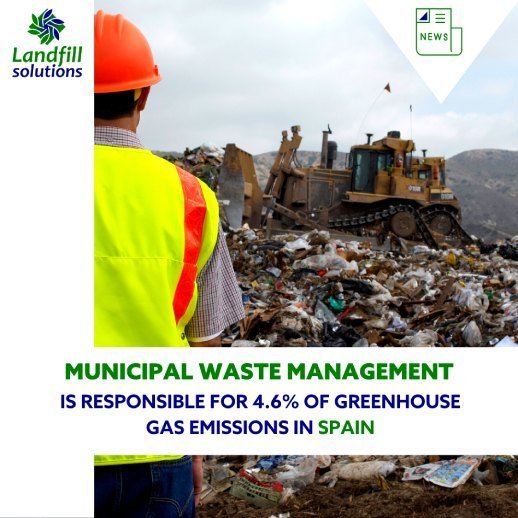