Did you know? In 2050, the world will generate 3.4 billion tonnes of waste per year

According to the latest report by the World Bank, by 2050, global waste generation is expected to grow to 3.4 billion tonnes per year. This means a 70% increase compared to 2016 levels. The growth of global municipal solid waste will mainly affect the poorest countries. Those countries do not have enough resources to properly manage their waste. On the other hand, greenhouse gas (GHG) emissions will grow too, as they are linked to global waste generation. Thus, this situation will have a significant impact on global GHG emissions targets and commitments.

Why is global waste generation a problem?

Global waste management has improved in recent years. Despite that, the world requires urgent action to tackle several issues. Indeed, waste mismanagement negatively affects people and the environment. Besides, it impacts more violently the most vulnerable: women, children, and lower-income countries.

In 2016, the world produced 242 million tonnes of plastic waste. That is the equivalent of 12% of total municipal solid waste (MSW). Most of this waste comes from three regions: East Asia and the Pacific, Europe and Central Asia, and North America. In addition, plastic waste causes significantly more impact than other waste.

First of all, plastic takes hundreds of thousands of years to decompose. Even plastics designed to be biodegradable may not completely disappear. The reason for that is that plastic degradation depends largely on light exposure, oxygen, and temperature. Therefore, plastic usually accumulates in the ocean depths where there is a lack of these conditions.

On the other hand, light exposure melts the plastic into tiny particles. These microparticles are known as microplastics and are almost impossible to recover. In addition, even if we can recover them, many countries lack the means. As a matter of fact, in 2017 Europe exported one-sixth of its plastic waste, primarily to Asia.

The case of marine litter

Plastic pollution is particularly harmful to marine ecosystems. Studies suggest plastic composes 90% of marine debris, of which nearly 62% is food and beverage packaging. It is worth mentioning that a study found the presence of marine litter in all turtles studied. Also, in 59% of whales, 36% of seals, and 40% of seabirds.

Consequently, in some countries, people burn or dump plastics. As a result, plastic waste accumulates in streets and the environment. Eventually, they block drainage systems and cause deadly floods. They also choke entangled animals or block their stomachs. Furthermore, plastics become part of the food chain and damage the organism. Despite all that, the consumption of plastic is still increasing.

The main cause of such growth relates to food waste and waste mismanagement. Waste decomposition in landfills releases methane. Methane is a powerful greenhouse gas (GHG). In addition to that, improper transport of waste and burning also liberate harmful gases. According to the same report, just a basic improvement in waste management could reduce emissions to more than 25%. Also, a report estimated they could reduce GHG emissions to 200 million tonnes per year by 2030.

Both working and living close to landfill areas have severe health impacts. In such places, the incidence of diarrhea is twice as high. Also, acute respiratory infections are six times higher. Last but not least, landfills feed and host pests and disease carriers such as rats, mosquitos, and others.

Thereupon, waste-pickers often work under unsanitary conditions and without any social security. Plus, they lack job opportunities and face strong social stigma for a job that is badly rewarded. In the end, waste mismanagement affects the most vulnerable and increases inequality.

REVALUO is our non-burn waste-to-energy system. It reduces municipal solid waste (MSW) by 85 – 90% and transforms it into a variety of value-added products.  In addition, our waste treatment uses non-burn technology. This technology significantly reduces carbon emissions in the process to almost zero emissions. Thanks to our system, we can end up with plastic pollution, harmful gases, and leachate in a clean and profitable way. 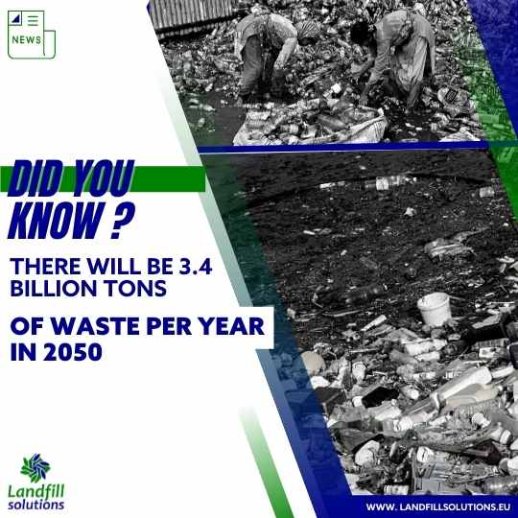 END_OF_DOCUMENT_TOKEN_TO_BE_REPLACED

END_OF_DOCUMENT_TOKEN_TO_BE_REPLACED
« Older Entries
We use cookies to ensure that we provide the best user experience on our website. If you are still using this site we will assume that you agree.OkCookies Policy