All over the world there is an excess of accumulated waste plus more being generated every second. On the other hand, climate change is causing droughts and exacerbating water shortages in more and more places. However, one of the few resources that, although being polluted, seems very difficult to deplete is the water in seas and oceans.

So, the idea is simple: use the heat produced while treating waste in a WtE plant to power a desalination plant, then use the obtained clean water for agriculture, industries or others purposes.

According to Frank Rogalla,

“To desalinate water takes 10 times more energy than for any other water source.”

Its significant energy consumption makes it necessary to search for alternative energy technologies for its supply. A viable option is to take municipal solid waste or industrial waste to a REVALUO energy-from-waste plant, planned and implemented especially for the types of waste that would be treated in the respective area. From there the heat would be taken to the desalination plant. 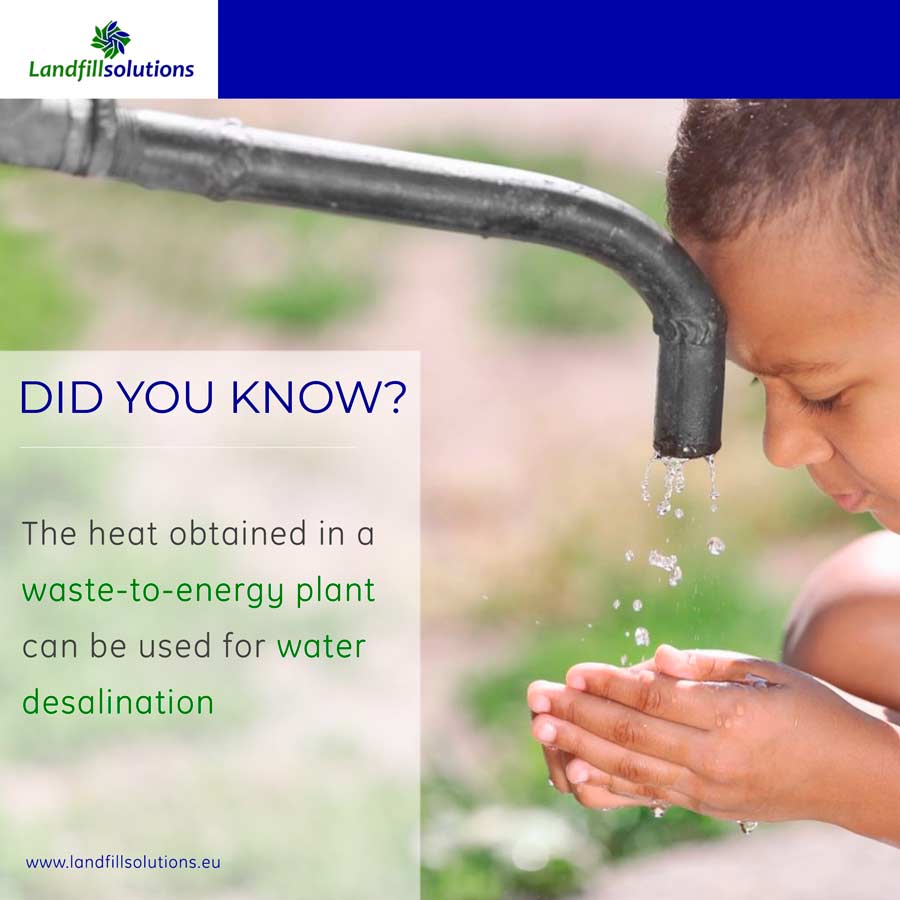